One of the longest studies of its type has found that use of statins in older men is associated with less physical activity, a significant issue for a population that is already sedentary. The findings, published in JAMA Internal Medicine, raise concerns about a decline in much-needed physical activity among men who take some of the most widely prescribed medications in the world. Almost one-third of older Americans take statins, usually to reduce their cholesterol levels. The research did not identify why men who took statins exercised less -- it just confirmed that they did. Possible … END_OF_DOCUMENT_TOKEN_TO_BE_REPLACED 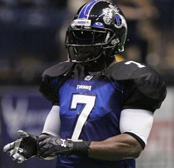 I DEFINITELY became a better athlete/football player working with Tony Sabanos and Xcellerated Speed Training. He pushed me to my body's limit every workout and with his expertise, gave me that edge I have always been looking for. It moved my physical and mental toughness to that next level. The training helped with my athleticism, football skills, functional strength, and most importantly, the belief that I can achieve my GOALS. " You as an athlete always have two choices...get better or worse..With Tony and XS you only have one option..You will get better! TRUST ME!! Clarence Curry Former … END_OF_DOCUMENT_TOKEN_TO_BE_REPLACED

Xcellerated Speed’s staff is the most knowledgeable, professional, and educated in the personal training field that you will find anywhere. We dedicate ourselves to providing you with the tools to achieve all of your fitness goals. Female Fitness Programs Male Fitness Programs Take your body to a new level. Schedule your appointment today.    Contact us at (610) 334-4120 or by email at info@xpseedtraining.com … END_OF_DOCUMENT_TOKEN_TO_BE_REPLACED