Although there are three main body types, ectomorph, mesomorph, and endomorph, most men and women are a combination of more than one. Two of the most common combinations are the pear-shaped ecto-endomorphs with thin, delicate upper bodies and high fat storage in the hips and thighs, and apple-shaped endo-ectomorphs, with high fat storage in the mid-section and thin lower bodies. 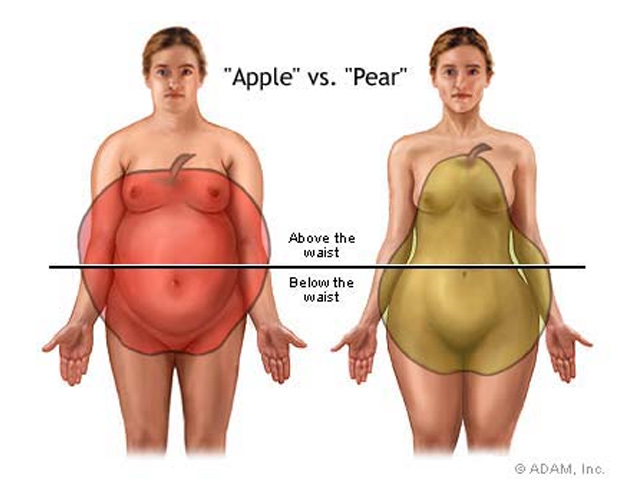 However, that’s where most comparisons end.

Females have a higher natural body-fat percentage than males do. Therefore, a “low” or athletic body fat percentage in a female will be higher than that of a male. Female require 12% body fat to function properly while males need only 3% body fat.