How to recover from an athletic injury 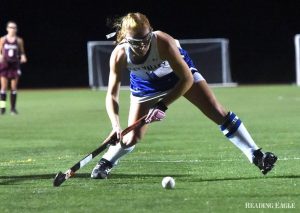 Sports today have taken over many athletes lives. As a result of year-round athletics, athletes are getting injured more frequently and at younger ages. If you look back at how athletics was run 20 years ago, most athletes played a sport for a single season. Then they had several months to partake in another sport or just recover from the season. The problem nowadays is that athletes are training in the same sport all year long with no breaks or any type of cross-training. This has lead to a monumental rise in the number of injuries athletes are incurring. Not only are they getting injured … END_OF_DOCUMENT_TOKEN_TO_BE_REPLACED

Well it's almost that time of year as we are approaching the Christmas and New Year's holiday, that people suddenly decide that after a month or so of gorging themselves on decadent food and alcohol that they must now repent for their sins by joining the gym. Every year it is always the same thing, the day after New Year's Day the normally reasonably full gym now becomes like most stores on Black Friday where it is a mob of people fighting for equipment. I have been in the industry for 20 years now and it is ALWAYS the same. What is confusing to me is why do you have to wait until after New … END_OF_DOCUMENT_TOKEN_TO_BE_REPLACED

Sugar is one of the prevalent added substances to almost every aspect of processed food items. Food manufacturers have taken the liberty to adding sugar to things like spaghetti sauces and packages of crackers. In years past, people would typically add a spoon full of sugar to various items that they may have prepared, but with the food industry already doing that, it is no longer necessary. As a result of the increase in sugar intake over years past, the rise of sugar related health issues has increased exponentially. Diseases such as diabetes, high blood pressure, and obesity have … END_OF_DOCUMENT_TOKEN_TO_BE_REPLACED

Supplements for Runners: From Training to Recovery 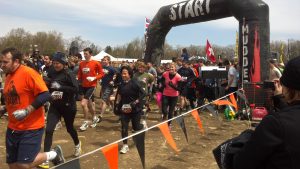 The goal of exercise is to break the body down. Yes, you read that correctly. Looking back at our evolutionary biological roots, when we put our bodies through difficult situations, we wanted them to adapt–maybe to go for longer without food, maybe so we could detect a smell that told us certain berries were poisonous, maybe to jump higher to reach fruit in a tree. Whatever the goal, we always had to fall short the first few attempts. Adaptation took failure, centuries of bodily breakdowns (and lucky DNA mutations) before our primordial ancestors developed the physical tools they needed … END_OF_DOCUMENT_TOKEN_TO_BE_REPLACED

Your Season Started, How Do You Maintain Your Strength Training Program Effectively? 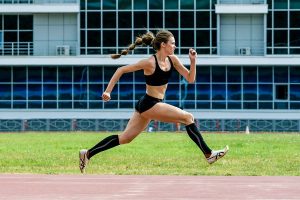 If you are a Fall athlete, chances are you have already completed your preseason and the regular season has now begun. Many athletes struggle to maintain their normal strength training protocol throughout the course of the season because of either lack of time or their body is fatigued from practices and games. If you are in school all day and then have a two or three hour practice, by the time you get home and eat you probably still have a fair amount of school work to do. This is a pretty common occurrence amongst high school and even collegiate athletes. If you do have the time to go to the … END_OF_DOCUMENT_TOKEN_TO_BE_REPLACED

Are you ready for your PreSeason?

It is that time of year when August rolls around that many sports begin their preseason training. If you play football, you will probably be experiencing two or three a day practices for a week or so. Some of the other sports like field hockey, soccer, and so forth have similar requirements to the two a day training protocol. It does not matter really what sport you are playing, but more so what have you done to prepare for the preseason training protocol. There are some players who have taken the summer to work on their strength, speed, agility, and flexibility. There are also quite a few who … END_OF_DOCUMENT_TOKEN_TO_BE_REPLACED

New research shows that more than half of all high school pitchers are likely to suffer discomfort in their throwing arm during the season. "We found that the number of injuries peaked early -- only about four weeks in -- and then slowly declined until the end of the season," said James Onate. He's associate professor of health and rehabilitation sciences at the Jameson Crane Sports Medicine Institute in Columbus, Ohio, part of Ohio State University. "We see a lot of kids who didn't prepare in the offseason, and when their workload goes through the roof they're not prepared for the demand of … END_OF_DOCUMENT_TOKEN_TO_BE_REPLACED

This Is the Only ‘Spring Cleaning’ Diet That’s Nutritionist-Approved

This week alone, I was asked about the Keto diet, the 3 Week Diet and even the Snake Diet, which calls for bingeing and then fasting like, well, a snake! Yup, spring is here. My advice: Skip the fads and follow the Mediterranean diet, which, along with DASH diet, was named the best overall diet in 2018 by U.S. News & World Report. The eating plan has more than 5,000 published research studies to support its effectiveness. Not only will the Mediterranean diet help you trim down, it has been shown to slash risk for heart disease, Type 2 diabetes, certain cancers, Alzheimer’s disease and … END_OF_DOCUMENT_TOKEN_TO_BE_REPLACED