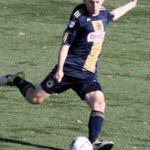 Yet, trudging through the institutional world of education, exercise became the thing that the quintessential, sadistic gym teacher enforced, complete with tests, metrics and goals for the unattainable. The joy of movement dimmed as the realization that perfection was just not on the menu for most of us. And there was math to prove it. Charts, indexes, measurements, graphs – all calculated to show the weary where they fall short.

Exercise stopped being many people’s entertainment, when it stopped being fun.
I can’t be the only person who finds modern-day conversations about exercise about as compelling as a marketing report, full of deliverables and metrics. Or like a performance evaluation by a cranky boss who won’t notice the 10 things you did right,  but only the one thing you did wrong.
I already live in a world of deadlines and demands. Whether at home or at work, I must comply with so many requirements that I cannot bear to take up an activity that has a to- do list.

In fact, a working paper from the National Bureau of Economic Research reported that even when people were paid to go to the gym, most were not motivated to do it. Money could not camouflage the reality that many have lost that loving feeling for organized pain. And when the sales pitch is “no pain, no gain,” how surprising is it that many people just say no?
As my own children reach adulthood, I listen to their conversations about how they “should” exercise, if only they had the time. “Should” stands doomed in the English language, a verbal storeroom for closets we don’t want to clean or vegetables we don’t want to eat. As soon as you “should” do something, you don’t want to do it.
In today’s competitive school environments, the emphasis can be so much on winning that coaches don’t want to spend time with kids in general, but rather a specific few, so they cull every team to the top players.

Forgotten is the beautiful model of days past (called my childhood) in which every kid could come out to practice and to participate with the team, while only a deserving and talented few suited up on game day. The team was bigger than the perfect, and the fun of training together was its own reward. If you need a reminder of that, watch the movie “Rudy” with a box of tissues.

I am a proud member of the Track B team … and will probably live longer for it. The A Team intensified their performances and ran until they were sick in the grass, striving for excellence. Admirable to be sure.
On the B team, we jogged on the track, rarely so intensely that we couldn’t keep the conversation running, and got out of school on the day of the meets to run a few races and cheer on the winners. Staying in shape in the context of community was the draw.

Recently, I’ve rediscovered “running,” which for me means faster than walking at a pace most likely to be the worst in any timed race. I don’t want to train for anything, achieve anything or set a record. What I like best about running is that I’m not working.
I wonder if more people would overlook the fact that they are “exercising” if they could remember that it used to be fun outside. It feels a bit un-American to tell people don’t go for the gold, but I suspect that more people would try getting active if it sounded less like work and lot more like a reward.
Outside, you get a break from work, chores, family, computers and responsibilities. Take a page from your 5-year-old self and have a moment of fun where the sun is shining, and don’t let the fact that some will label your activity “exercise” ruin it.

So Americans are fat. At least that’s the running monologue playing out in more media outlets than we can completely ignore. But somewhere along the journey from childhood to retirement the solution to that problem has become the New Year’s Resolution that almost everyone makes and almost everyone hates: exercise more.
As children, playing outside was the reward, not the punishment … so much so that a ridiculous trend in too many elementary schools today is for children to be deprived of outside play time in a stationary timeout at recess as punishment (because we all know that the one-thing that helps discipline a hyperactive child to be calm is enforced stillness. Or not.)

This is great advice, exercise should be something that you enjoy doing not that it is a chore even though everyone has there days where they don’t feel like it. This article is written by Kristi Stone Hamrick at Fox News. If you are looking for something to make exercise fun, enlist the help of Xcellerated Speed Training for a variety of options.